There are more vending machines per capita in Japan than any other country in the world! There are all sorts of vending machines in Japan, and they can be found just about anywhere. In this article, we will take a look at what makes them so popular. We will also discuss how to use Japanese vending machines and what you can buy from them.

Where To Find Vending Machines in Japan?

According to the Japanese Vending Machine Manufacturers Association, there were over 4 million vending machines nationwide in 2020. Knowing that Japan’s population is about 126 million, it means there is approximately 1 machine for 31 Japanese citizens!

Vending machines are literally everywhere in Japan. The most common ones would be beverage and snacks vending machines. These are usually found close to metro stations and bus stops, inside office buildings and shopping centers, and on the side of many streets even if those are not particularly busy ones. Surprisingly, they are also present in the country side, although fewer in number than in the cities.

Sometimes, you will find tickets vending machines at the entrance of local restaurants such as curry or ramen shops. Clients pay their meal ticket via machine and hand it over directly to the kitchen. This way, they can leave as soon as they are done eating and restaurants’ owners don’t have to bother with taking orders.

If you are looking for cool retro vending machines selling old fashioned snacks and hot food, we recommend you to head to the Sagamihara tire store in Kanagawa prefecture. However, if you are curious to see more unusual or even weird vending machines, you might want to take a look at the Akihabara vending machines corner.

What Can You Buy from a Japanese Vending Machine

The most common types would be beverage vending machines. These offer a variety of cold and hot drinks such as water, sodas, tea, coffee, sports drinks and juices. You can also find more peculiar items like hot corn soup and oshiruko (Japanese sweet red bean soup).

The next most common type would be the food vending machines. They sell a number of sweet and savory snacks such as potato chip, cookies, chocolates, candies, energy bars and so on. Other popular food items include ice creams, cup noodles, rice balls and even full hot meals.

Another sought-after vending machine is called Gashapon. They are small and colorful machines dispensing various capsule toys. Most of the time, they contain little plastic toys representing cute characters from famous Japanese manga and animation such as Pokemon. Japanese fans actually spend a lot of money to try and get an entire collection. You can find hundreds of them in the Akihabara Gashapon Hall in Tokyo.

Curiously, you can also find many cigarette vending machines. They are actually banned in many countries like France, Greece or Singapore. Those can only be used by people over 20 years old and you would need a special ID card to prove you are of legal age to smoke. The same goes for alcohol vending machines.

Why Are Vending Machines So Popular in Japan?

First of all, they are very convenient. Japanese people tend to be quite busy and they appreciate anything that makes their life easier. When you are out of time and you need some quick drink or snack, vending machines save you from having to find a store or risk a long waiting line.

Moreover, where basic shops need a minimum of human interaction, vending machine work perfectly on their own and are therefore available 24/hours a day. Not to mention the fact that they are easily accessible wherever you are. For example, people in Japan love to buy their morning coffee from vending machines located on train platforms. During the cold season, they use their drink to warm their hands while waiting for their train. When summer comes, cold drinks and ice creams help them fight the heat.

In addition, many vending machines offer good prices. You can buy a drink for as little as 100 yen (less than $0.90 USD). This is cheaper than what you would find in most convenience stores or restaurants.

We also saw earlier that they offer a great variety of products, which means you will certainly find your heart’s desire in a vending machine, especially in terms of beverages. Actually, they are so popular that vending machines companies offer ordinary citizens the possibility to own one! Depending on the spot they pick to install it, vending machines owners can make quite a lot of money.

Finally, a lot of people simply enjoy the experience of using vending machines. Vandalism is very rare in Japan, meaning it is unlikely you will ever come across a vending machine not working properly. The companies in charge of them make sure they are restocked regularly and are overall clean and operational.

How To Use Vending Machines in Japan

Using a vending machine in Japan is very easy. Once you found the item you want, you have generally two ways of paying:

Using basic cash. Just insert your money into the coin or bill slot and select the product you wish to buy. Japanese vending machines usually accept 10, 50, 100 and 500 yen coins as well as 1000 yen bills.

Using an IC card. In Japan, IC cards are rechargeable prepaid cards primarily used to pay for public transportation. However, they can also be used to purchase items from vending machines. You just have to scan your card on the IC panel and select the item of your choice.

If the machine doesn’t react after you pushed the button to select your item, it probably means the product is out of stock. You can either buy another item or get your money back by pushing down the change lever.

While beverages vending machines only dispense cold drinks during summer, they will start offering hot drinks as well once the temperatures drop down at the end of fall. You can easily identify cold drink by their blue label and hot drinks by their red label.

There are too many vending machines in Japan to list all of them. Nonetheless, we compiled for you a list of some of the most unexpected ones!

If you don’t know, dashi is a common kind of fish stock used in Japanese cuisine. In Japan, you can actually find vending machine offering bottles of dashi soup stock with a whole grilled flying fish inside! It will cost you 700 yen (around $6) to get your hands on one bottle.

You can find egg Vending Machines close to local farms in the Japanese countryside. It is an ingenious way to provide people with fresh eggs, especially since rural parts of the country don’t have as many 24-hour convenience stores as the big cities do.

They put them at strategic points such as hospitals. This way, people can buy flowers to cheer up their sick friends and relatives, which is a pretty nice idea. While a floral arrangement costs you 2000 yen (about $18), a bouquet of dry flowers only cost 1000 yen (less than $10).

Rain is pretty common in Japan, particularly on June and July because of the monsoon season. Indeed, umbrella vending machines in the right place at the right time can be a life savior and spare you from a bad cold.

Although it is rare, there are vending machines dedicated to one product. The banana vending machine is one of them and only sells fresh bananas. You can find apples vending machines as well. Since Japanese tend to buy only 2 to 3 days’ worth of fresh food at a time, it is not surprising they would think fresh fruit vending machines very convenient.

Since the COVID 19 pandemic started in 2020, Japanese made it a habit to wear masks when outside or in public transports. It explains the recent increase in number of medical masks vending machines.

When most countries use written signature to sign an official document, Japan uses what is called ¨hanko¨. It is a small seal engraved with the name of its owner. Japanese seal vending machines are great when you want to create a cool and customized personal hanko.

Japanese business men value their professional attire a lot. This vending machine can help you a great deal when you stained your necktie during lunch break and you are in dear need of a new one. Besides, one necktie costs 1000 yen (around $9), which is not a bad deal.

While a neck tie vending machine can make sense, this one is purely disturbing, not to say highly unhygienic. It clearly shows that although Japan has an amazingly rich culture, the country also has a kind of dark side to it.

Vending machines are a popular choice for those looking to grab a quick bite or drink on the go. In Japan, they have taken this one step further and created vending machines that will dispense just about anything you can think of. From cup noodles to ice creams and umbrellas, they offer a wide range of products right at your fingertips. If you plan on visiting Japan, be sure to give them a try. Exploring the city streets in search of unique vending machines is actually a pretty fun activity!

What vending machines does Japan have? 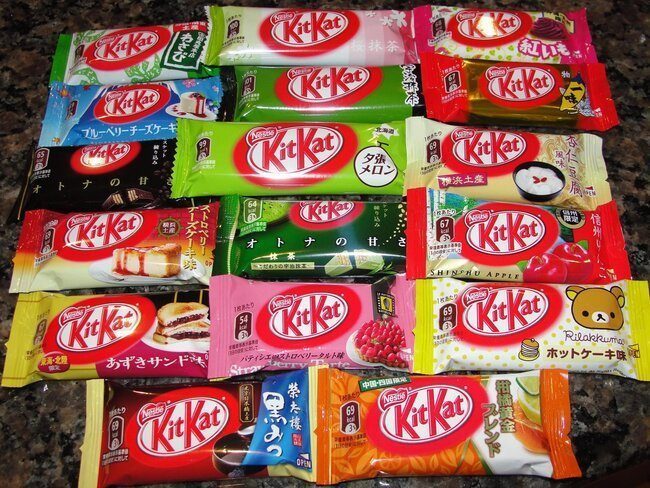