Tokyo’s subway system is a fantastic network of underground trains that offer easy access to major tourist spots from Sensoji Temple in Asakusa and Tokyo Tower to the iconic scramble crossing in Shibuya. With trains coming and going every 2 minutes, you’ll never have to wait long for the next train. Covering the whole city with more than 280 stations, Tokyo’s extensive subway network will help you get to any destination quickly and easily. The clearly colour-coded map is a handy guide, and with multilingual signs in both stations and trains, riding the subway has never been easier.

Tokyo’s subway network consists of two main companies, Tokyo Metro and Toei Subway that carry on average over 8 million passengers daily. Tokyo Metro and Toei transportation offer a variety of discount tickets making it a great way to save some cash if you’re planning on travelling a lot by subway in one day. Or pick up a rechargeable IC card to enter, exit and change between lines with the confidence of a local.

Tokyo Metro is the largest operator of subway train lines with 9 lines covering 195km of track between 179 stations. With an average of almost 7.6 million passengers a day taking this network – it’s a key way to get around the city from the north-western suburbs to eastern neighbourhoods across the Sumida River. Several of its lines connect directly with other train lines, making your journey a smooth and hassle-free one

The Hibiya Line is great for travellers as it connects the majority of Tokyo’s most popular districts known for shopping, dining and nightlife. These include Nakameguro, Ebisu, Roppongi, Ginza and Akihabara.

This line runs from Shibuya and connects popular sightseeing areas such as Ueno and Asakusa to the famous shopping districts, Omotesando and Aoyama. The Ginza Line is the oldest subway line in Asia. It is more than a transportation route but offers an insight into the traditional and modern sides of Tokyo. Travellers can enjoy an afternoon of shopping in Omotesando, scour through the bookshops in Kanda or enjoy a view of Japan’s capital at Toranomon.

The Marunouchi Line connects Ogikubo Station and circulates around the city up to Ikebukuro Station. This line has a history stretching back to when it was first built after World War II. Travellers take warning: this line connects some of the most crowded stations in central Tokyo together and is a popular line for Japanese office workers. Jump on this line to reach popular spots such as Shinjuku Gyoen National Garden, Tokyo Dome the home stadium of Tokyo’s professional baseball team, the Yomiuri Giants.

The Tozai Line connects Nakano Station to the Nishi-Funabashi Station.

Compared to the other lines, the Namboku Line is a relatively new one featuring 19 stations. The line starts from Meguro in the southwest and cuts through the city before ending in Akabane-Iwabuchi in the north=west.

The Yurakucho line runs from Wakoshi in Saitama Prefecture to Shin-Kiba Station in Koto, Tokyo. This line is handy for making connections across the Tokyo Metro network as it links up with major stations from Ikebukuro, Nagatacho and Ginza-Itchome. Travellers can take the Yurakucho Line to Kojimachi, a business district near the Imperial Palace with tons of high-dining options.

The Chiyoda Line connects Yoyogi-Uehara to Kita-Ayase. This green line was originally created to relieve the packed trains coming from the Ginza and Hibiya lines. Although this line runs through the centre of the city, it also runs through some of central Tokyo’s most overlooked areas such as Meiji Jingu Gardens and Shrine where you can often see traditional Japanese weddings on weekends. The Chiyoda Line also is located near Akasaka Palace, an estate that serves distinguished guests from abroad and Kyu-Iwasaki-tei Garden which was the former estate of the Iwasaki clan that founded Mitsubishi.

The Hanzomon Line features 14 stations across Tokyo and Saitama. The line starts from Shibuya and cuts across the city centre and ending in Oshiage. The Hanzomon Line provides easy access to a variety of popular spots such as the ninja-themed restaurant, Ninja Akasaka near Nagatacho station and the picturesque Jingu Gaien Gingko Avenue by Aoyama-Itchome station. Bookworms will love the endless row of book stores liningYasukuni-dori by Jimbocho station.

Tokyo’s newest subway line, the Fukutoshin Line is also its deepest, averaging 27 metres below the surface. From Wakoshi station in Saitama Prefecture and ending in Ikeburo Station, this line shares a handful of stations with the Yurakucho Line.

The other major subway train operator is Toei, operating 106 stations connected by four lines: the Asakusa Line, the Mita Line, the Shinjuku Line, and the Oedo Line. Compared to its competitor, Toei Lines offer a fraction of lines but don’t count it out just yet. With an average of about 2.82 million people using this underground network daily,

This line serves part of Easter and southern Tokyo with 20 stations running from Tokyo Skytree in Sumida Ward to Nishi-Magome. The Asakusa Line directly connects with other train lines that will take you all the way to Narita or Haneda Airport. The rose-coloured line is perfect for visiting popular tourist spots like the colourful and historical Asakusa district, going shopping in Ginza’s chic department stores and visiting the iconic Nihonbashi Bridge.

The Mita Line features 27 stations starting from Meguro in the southwest, running through central Tokyo and ending at Nishi-Takashimadaira in the northwest. As one of Tokyo’s busiest lines, it was the first to have safety barriers installed at its stations.

The Shinjuku Line runs eastward from Shinjuku Station through to Motoyawata Station in Chiba Prefecture, home of Tokyo Disneyland. Some key destinations that this line runs through are Kudanshita Station where Yasukuni Jinja, a controversial shrine that memorializes Japanese killed in wars. Jimbocho Station is another major stop where book and art lovers can enjoy a day of wandering the second-hand book district and visit the various specialist shops that deal in ukiyo-e traditional woodblock prints, vintage film posters and more.

The Oedo lines form a loop around the city. Oedo means “Great Edo”, Edo bring the former name for Tokyo. ‘

This is the perfect line for travellers interested in checking out the world-famous Shinjuku crossing, going shopping in Roppongi or want to climb Tokyo Tower.

There are a variety of options for getting around Tokyo’s subway networks. Each statin has multilingual ticket machines where you can buy a one-way fare ticket, or you can use a rechargeable IC card to swipe in and out of the ticket gates. Tokyo Metro and Toei have teamed up to offer a subway pass for tourists that can save you some yen. Please note that this does not include lines operated by Japan Rail (JR).

If you’re going to be riding the subway several times within a few days, grab yourself a tourist pass for unlimited travel on all subway lines with the choices of a 24, 48 or 72-hour ticket. They are available from Tokyo Metro Pass Offices and Tourist Information centres at selected subway stations. These passes are also available for purchase at several hotels and at branches of large electronic stores such as Bic Camera throughout Tokyo. You will need to bring your passport to show that you’re a visitor to Japan.

You can buy a regular one-way ticket from a multilingual machine at any subway station. Fares are determined by distance travelled, rather than by a particular route or station. Keep in mind that Tokyo Metro and Toei are separate companies so you will need separate tickets for both. Tokyo Metro tickets cost from 170 to 320 yen depending on how far you travel. Toei fares are a little more expensive ranging from 180 to 430 yen.

To enter the subway, insert your ticket into a ticket gate with a yellow slot and take it out on the other side as you pass through. Hold onto it until the end of your journey because you’ll need it to get out!

Tokyo’s subway system is made up of two large networks run by the Tokyo Metro and Toei Subway. Having two different networks in one city may sound confusing, not to mention that the two systems are not fully integrated which results in having to go through a ticket gate when transferring between them. However, the use of rechargeable IC cards makes transferring as smooth as if they were integrated.

There are two main IC cards in Tokyo – Suiza and Pasmo. The only differences are who sells them and the design. They can be purchase for a 500-yen refundable deposit from ticket machines at any station where you can also charge them up with additional funds. Touch-in and touch-out at the ticket barriers for the smoothest travel experience. You can also use your IC card to pay at other places, such as vending machines and convenience stores.

Tips for getting around smoothly

You may have heard stories or even seen a video of professional pushers, white-gloved station officials who are tasked with getting people onto crowded trains. Welcome to Tokyo’s rush hour, which runs approximately between 7:30 am-9:30 am and 5:30 pm-7:30 pm. If you’re not a fan of crowds or have large luggage, avoid travelling during these peak rush hour times.

Sexual harassment can sometimes occur on trains in Japan. Some lines feature women-only carriages to counter groping in the train cars by men. Look out for the pink sign on the platforms indicating in both English and Japanese these cars. 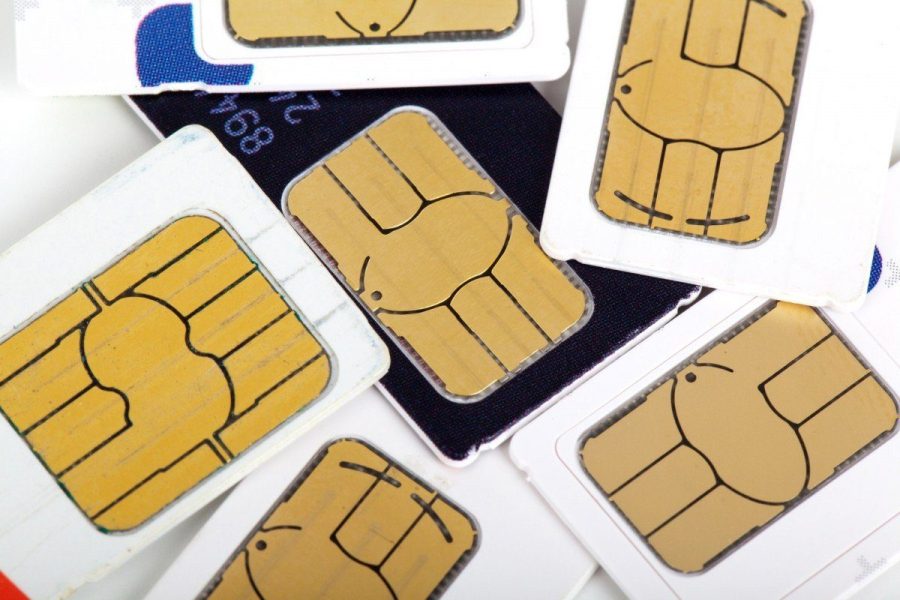 The SIM Cards in Japan Guide: Short and Long-Term Options 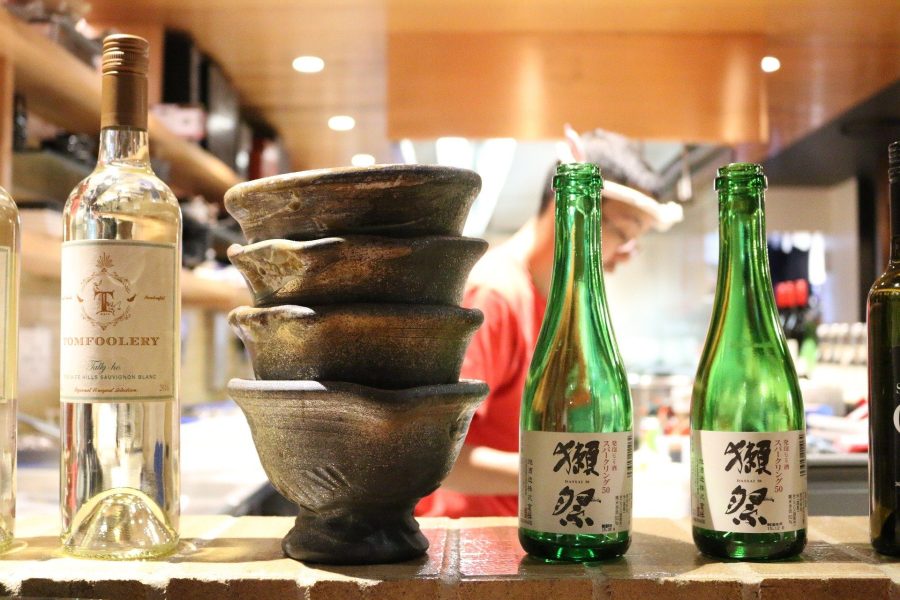 Things you need to know about izakaya