The national flag of Japan is one of the easiest to remember in terms of appearance: a red circle in the middle of a white background. But did you know that Japan has another flag? It is called the rising sun flag and is a much-debated topic in Japan.

Though used by the Japanese for centuries, it has come to be associated with the country’s past imperialistic views. In recent years, South Korea has even called to ban its use for good.

So what is the story behind this flag? And why is it so important to Japanese people?

In this article, we will explore the history and significance of the rising sun flag, its current use, and its controversial image.

The Meaning Behind The Rising Sun

Japan is often called the ¨Land of the Rising Sun¨. The sun always rises in the East, and Japan is located in the eastern part of Asia. However, there is more to the story.

When Japan was first mentioned in Chinese records, it was referred to as ¨Wakoku¨. Then at the beginning of the 7th century, the Japanese Emperor of the time started to call himself “Emperor of the Rising Sun,” and the country’s name progressively changed from Wakoku (和国) to Nihonkoku (日本国).

Nihonkoku is composed of 3 Chinese characters (sun-origin-country) and could be literally translated as the ¨country where the sun originates¨. Today, people call it ¨Nihon¨ or Nippon¨ (日本).

The sun being a traditional motif associated with the country, it is no surprise it has been used in multiple ways throughout Japan’s history. The Japanese call it ¨asahi¨, meaning the rising sun.

The Heike Monogatari (Tale of The Heike), an epic account of the Genpei war between two prominent Japanese Clans (likely compiled in the 12th century), mentions samurais carrying war fans decorated with representations of the sun.

The Asahi design was trendy among the samurai class when each Daimyo (feudal lord) had his own flag. Warriors used it on their crest, which was called ¨Hiashimon¨ (日足紋), particularly in the Region of Kyushu. One example would be the crest of the Ryuzoji Clan (Hizen Province), represented by a sun with twelve rays.

By the start of the Edo Period in 1603, the rising sun had become a real national symbol that all Japanese could identify with.

The rising sun was also extensively used in artworks and ukiyo-e prints produced during the 19th century, such as Futami-ga-ura Rocks at Ise, Land of Dawn (by Utagawa Kunisada, 1835), and Three Great Bridges (by Utagawa Kunikazu, 1854).

The Empire of Japan

During the Meiji Restoration of 1868, Japan underwent an important period of modernization which came after centuries of feudal rule and followed the opening of the country to foreigners by Emperor Meiji.

Key aspects of this transformation included establishing a centralized government, importing Western technology, and the heavy militarization of the country.

While the ¨Hinomaru flag¨ (the current flag of Japan) was used as the national flag, the rising sun flag with its 16 red rayons was adopted as the official war flag for the new Imperial Japanese Army and Navy.

This flag continued to be used during Japan’s period of imperial expansion in the early 20th century when several Asian territories were invaded, including Korea, Taiwan, Karafuto, and some parts of China (Nanjing city).

It was also used as the symbol of the Japanese military during World War II, a time when it came to be associated with Japan’s aggressive and imperialist policies.

During this period, the Japanese army committed several serious crimes against its colonies. Hundreds of thousands of people were forced into labor, and many young women were kidnapped. Known as ¨comfort women¨, they were put in brothels and coerced into prostitution for the Japanese soldiers.

Present-Day Use in Japan

After Japan’s defeat in 1945, the flag was left aside for a time but was eventually re-adopted in 1954 to represent the country’s army again. The official name of the flag is ¨kyokujitsuki¨ (旭日旗), and a red sun disc still means it with 16 red light rays around it on a white background.

In addition to war, the rising sun flag is also historically associated with other more pleasant events. The combination of red and white has been considered a ¨lucky combination¨ since ancient times in Japan.

According to MOFA (Ministry of Foreign Affairs of Japan), the design of the rising sun is often used during seasonal matsuri (traditional Japanese festivals) and weddings, as well as for celebrating childbirth.

When catching many fishes, Japanese fishers also hoist banners with images of the rising sun, sea waves, and Mont Fuji to show the fishing went well.

It is also very common to see rising sun flags during sports events in Japan. Since the asashi motif is regarded as a kind of lucky charm in Japan, supporters wave it as a cheering flag, wishing victory for Japan.

The rising sun flag has been flown at the Tokyo Olympics several times during the last games in 2021. Before the event, South Korea formally requested that the International Olympic Committee ban Japan’s rising sun flag.

Moreover, it is often seen at international competitions such as the World Baseball Classic, where Japan is a regular participant. It is both carried by Japanese fans and Japanese athletes.

Japanese sometimes customize their flag according to the team they support as well. For example, some supporters of the Japan national soccer team, the Blue Samurais, changed the color of their cheering flag from classical red to blue.

Last but not least, the rising sun flag has frequently appeared in commercial settings such as products and advertisements. From a marketing perspective, the rising sun is an eye-catching design often used to sell products related to Japan abroad.

In Japan, the design can be found on everyday items (T-shirts, mugs, masks, fans, wall-posters, stickers…) sold in famous shopping streets to attract foreign tourists. It also appears in Japanese manga, anime, and movies such as Demon Slayer, Gintama, or Gozilla (movie poster).

The Japanese newspaper company ¨Asahi Shinbun¨ even uses a variation of the rising sun design as its company flag. This makes sense since the flag is closely related to the company’s name.

The Origin of The Controversy

The Rising Sun Flag’s Image Before 2010

During the International Fleet Reviews hosted in South Korea in 1998 and 2008, the Japanese Self-Defense Forces hoisted the Rising Sun Flag of the navy on their warships.

Each country’s army took part peacefully in the ceremony, and there was no particular opposition from the Korean government, the media, or the Korean people.

Until the 2000s, there was little to no backlash against the Rising Sun Flag from the international community.

The term ¨War Crime Flag¨ appeared for the first time in South Korea in 2012 to designate the rising sun flag. The South Koreans who associate the flag with Japan’s brutal expansion during the war started creating associations and political groups to raise awareness about the flag in hopes it would be banned.

According to a BBC News article, certain politicians from South Korea even compared the rising sun flag to the Nazi swastika.

The Korean government expressed its disapproval regarding the flag at the occasion of an International Fleet Review held in South Korea in October 2018. Japan was asked not to fly it on their warships during the ceremony, which led to the Japanese Self-Defense Forces’ withdrawal from the event.

Diplomatic ties between the two countries deteriorated further when Japan started preparations for the 2020 Summer Olympics.

The Korean parliamentary committee for sports requested the Japanese organizers not to display the rising sun flag during the games and remind people of its painful past. Japan refused, claiming they had used the flag for hundreds of years and that it was part of their heritage.

Japan’s Position Regarding The Issue

Although there have been calls for a ban on the flag in Japan itself, especially from the descendants of war victims, the rising sun flag remains an important and widely-used symbol in Japan.

In a statement released in May 2021 by Chief Cabinet Secretary Kato Katsunobu, the Japanese government reaffirmed its position regarding the flag. Mr. Kato said: ¨Claims that the flag is an expression of political or discriminatory assertions are false.¨

He explained that the rising sun flag is a celebratory flag that has been associated with joyful events (childbirth, festivals) by Japanese people since ancient times, insisting that it is in no way a political promotion.

To Conclude About The Rising Sun Flag

As we mentioned, Japan’s rising sun flag is a very delicate topic. Some people see it as a representation of the country’s history and culture, while others believe it should be banned because of its links to World War II-era atrocities.

What do you think about this flag? Should Japan stop using it? Leave a comment below and let us know your thoughts.

Why is the rising sun flag offensive?

Since it was used in Japan’s expansion to Asia, this flag is seen as offensive in China, South Korea, and Indonesia. This symbol was associated with Japanese imperialism during the early 20th century.

Why do people still use the rising sun flag?

The rising sun flag is still used in everyday events such as celebrating a big catch by fishers, childbirth, and sports games, among many others. This is not seen as a symbol of militarism anymore.

What does the sun on the Japanese flag symbolize?

The sun is an iconic Japanese symbol as it derives from the mythological goddess of the sun, Amaterasu, from the Shinto religion. Also, because Japan is located west of the Pacific Ocean, the sun rises spectacularly from the East. Therefore the rising sun flag was inspired by this image.

Is the flag of the Rising Sun banned?

Japan’s rising sun flag was banned inside Olympic stadiums because of some protests, though it’s still legal to display it anywhere else. 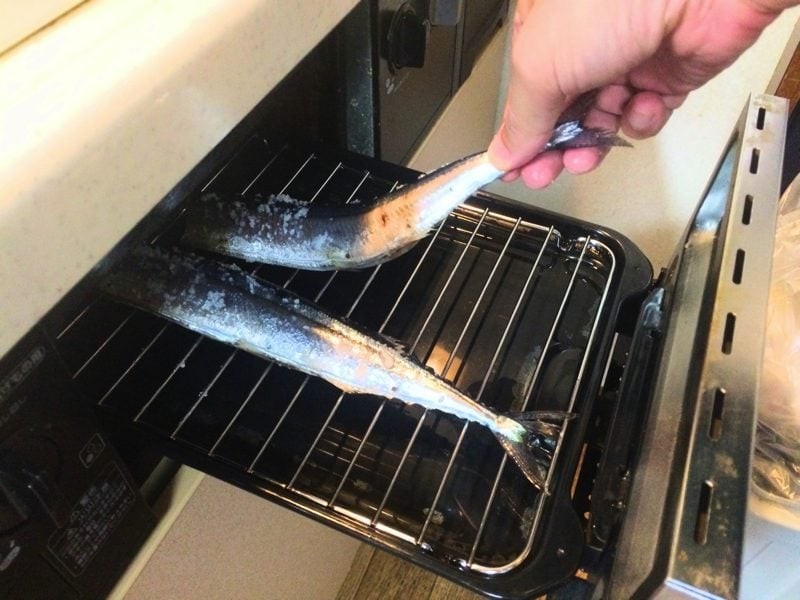 All You Need to Know About the Japanese Fish Grill 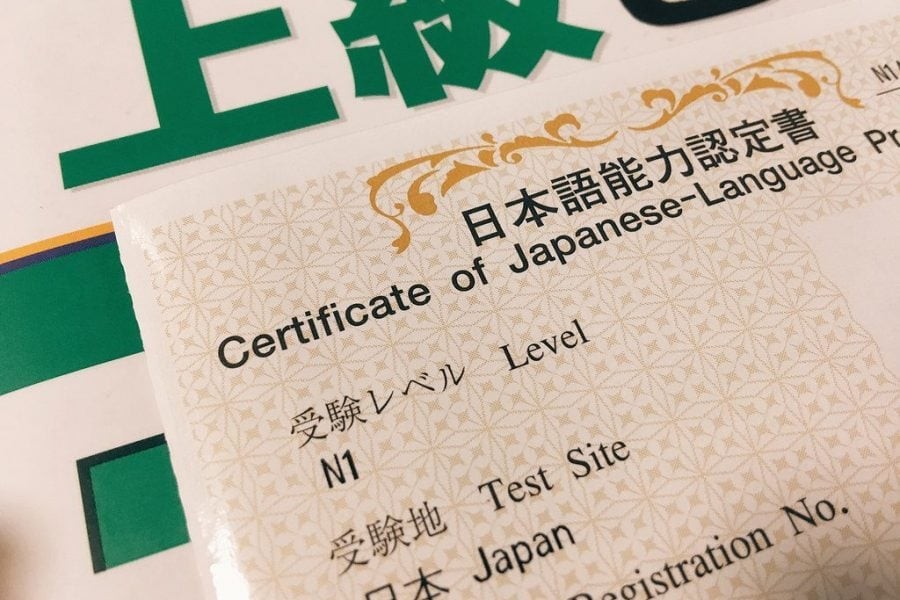 A Comprehensive Guide to the Japanese Language Proficiency Test (JLPT) 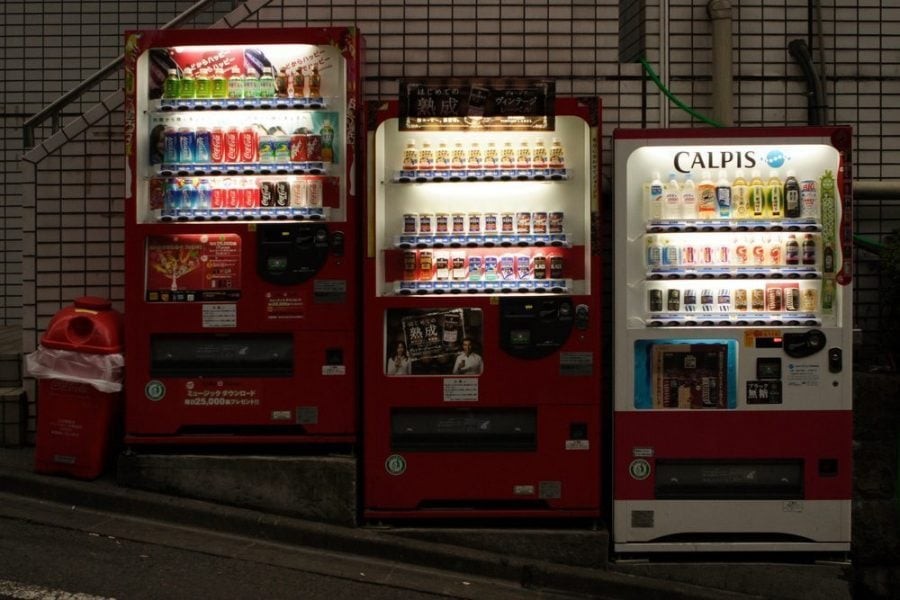 Vending Machines in Japan: Understanding their Locations, Products, and Convenience