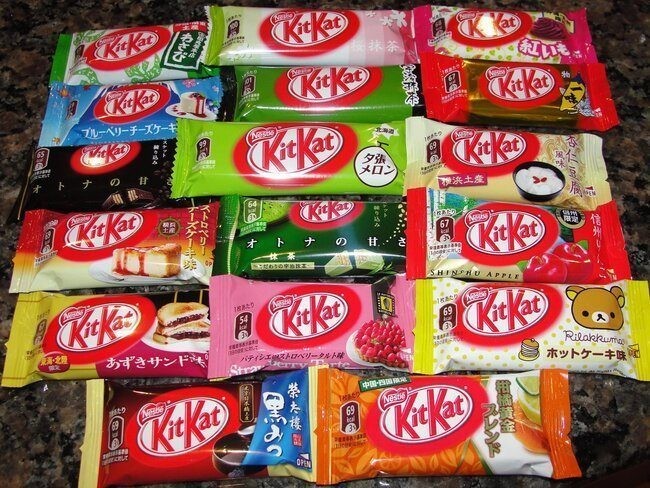 Have you ever heard of a soy sauce or sake-flavored Kit Kat? Learn everything there is to know about the dozens of Kit Kat flavors found exclusively in Japan.

Who doesn’t love the satisfying crunch of a Kit Kat bar? With just the right amount of milk chocolate and the light, crispy wafer on the inside, Kit Kat candy bars have become somewhat of a phenomenon virtually everywhere.

But have you ever dreamed about trying a green tea-flavored Kit Kat? Soy sauce? Or maybe cherry blossom, strawberry cheesecake, white chocolate, or…

If you have, you’ll be glad to know that you can find these flavors and many other wacky iterations of the traditional Kit Kat bad in Japan.

The following article explores everything there is to know about Kit Kat flavors in Japan, how many flavors there are, and where you can find them.

The History Of Kit Kats In Japan

As you probably already know, the Kit Kat, or as the Japanese refer to it, the Kitto Katsu, is a chocolate-covered wafer bar sold in convenience stores worldwide.

It was initially thought up and manufactured by Rowntree’s in the United Kingdom. But today, it is manufactured globally by Nestlé.

According to legend, the original Kit Kat was developed after a factory worker had suggested to management that they create “a chocolate bar that a man could take to work in his pack up.”

Soon after the suggestion, the very first official Kit Kat bar was produced and launched under the name of Rowntree’s Chocolate Crisp. It wasn’t until two years later, in 1937, that the chocolate bar was renamed the Kit Kat Chocolate Crisp.

Fast forward about 36 years to 1973, precisely when Nestle first introduced the Kit Kat bar onto the Japanese marketplace.

Although, to this day, Meiji remains Japan’s leading confection company, by 2012, Kit Kat had replaced the company in terms of sales. And by 2014, Kit Kat ultimately became the nation’s number one most sold chocolate.

If you live in North America, you’re most likely accustomed to seeing traditional milk chocolate Kit Kat bars. And obviously, there’s nothing wrong with that.

But take a trip to Japan, and you’ll be blown away by the variety of Kit Kat flavors you might find.

In 2004, the Kit Kat brand introduced its first iteration of a green tea-flavored Kit Kat.

The newly launched green tea chocolate bar was a hit! And afterward, the Kit Kat brand began branching out and trying all sorts of fun, mouth-watering Kit Kat flavors that kept the Japanese people coming back for more.

Since the first green tea Kit Kat was launched, the brand has produced and sold more than 300 limited edition flavors based on seasonality and specific regions across the country.

If you can believe it, Soy sauce was named the top-selling Japanese Kit Kat flavor in 2010. And dozens of other Kit Kat flavors have come and gone since then!

Let’s look at what other Kit Kat flavors you might find in Japanese convenience stores.

The Many Varieties Of Kit Kat Flavors – Japan

In 2014, chef Yasumasa Takagi opened the first Kit Kat Chocolatory in Japan. And it was here that Mr. Takagi started creating the many eccentric Kit Kat flavors you can find today.

Since then, the Kit Kat Chocolatory has expanded its operations and has opened an additional seven branches across Japan.

And if you’re wondering where you can find a designer Kit Kat, you’ve found it! Kit Kat Chocolatories are the high-end shops that manufacture and sell the many unconventional yet timeless and delectable Japanese Kit Kat flavors.

Many of these Kit Kat flavors are rotated by seasonality. However, other varieties are sold in certain regions where producers can find the ingredients locally.

In 2015, the brand manufactured a limited-edition run of no more than 500 single-finger Japanese Kit Kats wrapped in gold leaf—these specialty Kit Kats sold for about $16 each in high-end Kit Kat Chocolatory shops.

Although there have been more Kit Kat flavors than we can find in a single blog post, a few of the unique flavors include:

Why Are There So Many Kit Kat Flavors In Japan?

“Omiyage” is a Japanese word that signifies a souvenir or memento.

And that’s precisely what the brand intended to create when they came up with the idea of regional and seasonal flavors of their famous Kit Kat bars, which you could bring home to family or friends after taking a trip across the island nation.

Additionally, Nestlé believes that creating limited-edition candy bars introduces the idea of scarcity and rarity, which only helps drive consumers to feel a need to buy these zany Kit Kat flavors whenever they see them on shelves.

Finally, there’s one more reason why Nestlé believes in this unconventional business model.

The company noticed that convenience stores in Japan often rotated certain items and product flavors on and off their shelves depending on the time of year.

Therefore, by acknowledging this and producing smaller batches of limited-edition flavors, the company would have a better handle on controlling its production costs.

With so many fun and unique flavors, the Japanese Kit Kat is truly a chocolate bar everyone can love. However, having so many amazing flavors might leave you wondering why Japanese Kit Kats have become so varied in Japan.

Let’s review a few of the most commonly asked questions we hear about Japanese Kit Kat flavors.

How many flavors of Kit Kat are there in Japan?

What’s the most popular Kit Kat flavor in Japan?

Although it can be hard to narrow down the most popular Kit Kat flavor, in 2010, soy sauce was the top-selling Kit Kat flavor. That said, some flavors stand out as all-time favorites. For instance, traditional milk chocolate, dark chocolate, and strawberry-flavored white chocolate are three of Japan’s most commonly sold Kit Kat flavors.

Are all Kit Kat flavors available everywhere in Japan?

No, not all Kit Kat flavors can be found everywhere. Many flavors of Kit Kat are unique to specific regions or only sold during certain times of the year. For instance, the Ocean Salt Kit Kat flavor is made with sea salt from the Seto Inland Sea in southwestern Japan. Other flavors, such as the Purple Sweet Potato Kit Kat, are primarily sold on Japan’s Kyushu island.

Why does Japan have so many different Kit Kat flavors?

The companies that produce Kit Kats in Japan believe that creating seasonal or regional flavors introduces the idea of rarity and scarcity with their products.

This helps drive consumer demand where people want to buy these wacky Kit Kats simply because they might never see them in stores again. Also, the company believes that producing smaller, limited-edition batches of their products can help them control production costs.

The Japanese Kit Kat – Something For Everyone To Love

As you can see, Kit Kat flavors in Japan aren’t exactly what you’d expect.

Sure, you might be able to find traditional flavors like milk or white chocolate. But next time you visit Japan, you’re more likely to find other more eccentric Kit Kat flavors on convenience store shelves.

On that note, the Japanese Kit Kat truly has something everyone can love.

From mouth-watering flavors like green tea or cherry blossom to the slightly more exotic sake or soy sauce flavors, what will you try next?

Ginkgo Nuts: From Foraging to Recipes 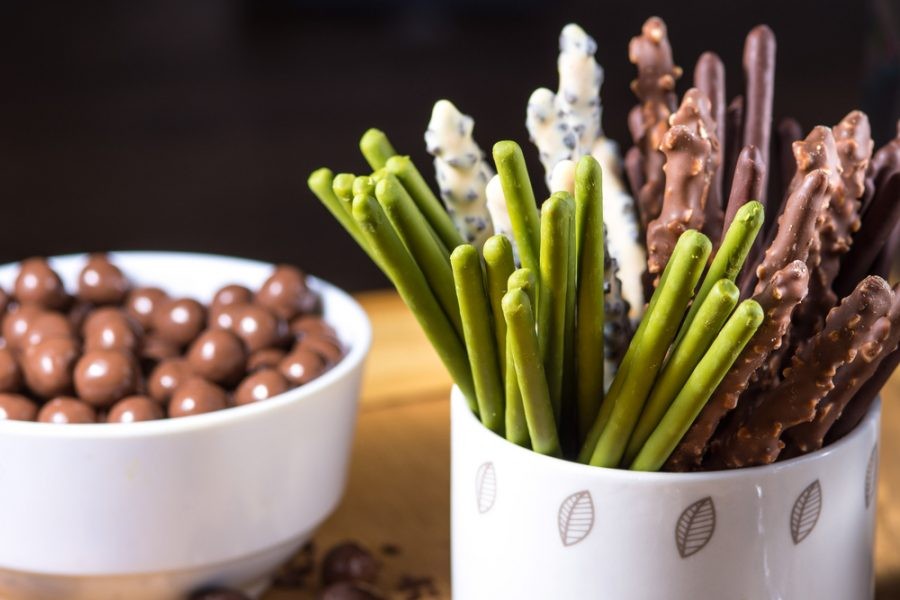