Japanese school uniforms, also known as “seifuku,” are a standard part of education in Japan. They are worn by students of all ages and symbolize unity and conformity.

The typical design of a Japanese school uniform for girls includes a sailor suit-style top with an oversized collar, a tie, and a short pleated skirt.

Boys wear a similar uniform, but with trousers instead of a skirt. The outfits are usually lightweight and are navy blue or black.

The History of Student Uniforms in Japan

Japan’s use of school uniforms can be traced back to the Meiji period (1868-1912), when the government sought to modernize and westernize the country. The sailor suit-style uniform was introduced in the 1920s to promote gender equality, as boys and girls wore similar clothing.

The sailor suit-style uniform for girls was first introduced in the 1920s as a symbol of Japan’s modernization and westernization. However, it was not until the 1950s that the sailor uniform became widespread.

Before that, different styles of Japanese uniforms existed, such as traditional Japanese clothing, Western-style clothing, and even Western military uniforms.

During the post-war period in Japan, the government made it mandatory for schools to adopt a standard uniform. The school uniform became a symbol of discipline, conformity, and a means to maintain social order and stability during the economic recovery.

The sailor suit-style uniform became the most common type of uniform; it was seen as a way to promote gender equality, and it was easy to produce.

It’s worth noting that Japan’s relationship with other countries has also influenced the use of school uniforms. During the American occupation of Japan following World War II, the United States government encouraged the use of Western-style uniforms in schools to promote democracy and individualism.

This led to the widespread adoption of sailor uniforms for girls, based on the regimentals worn by naval officers in Western countries.

The distinctive matching outfits worn by Japanese schoolchildren carry tremendous cultural and societal importance. Here are a few examples of their cultural significance.

Symbols of Discipline and Hard Work

Another aspect of Japanese school uniforms’ cultural significance is their role in promoting school spirit and community. The uniform serves as a symbol of belonging and pride in one’s place of learning. Students who wear the uniform are expected to uphold their school’s values and traditions and represent their school positively.

See also  The Traditional Japanese Yukata: How to Wear, When to Wear, and What to Wear with It

Japanese school uniforms have played significant roles in society, such as raising awareness about the treatment of girls and women in Japanese culture. Others have used school uniforms to challenge the emphasis on conformity and discipline within the education system.

The Application of the Uniform

The Japanese school uniform is also a popular fashion item, with many Japanese youths wearing the uniform as a fashion statement. This has led to the creation of a subculture known as “seifuku-kei,” characterized by wearing school uniforms as everyday attire. The popularity of this subculture has led to the creation of a wide range of fashion items and accessories designed to complement the outfit, such as bags, shoes, and hair accessories.

Another interesting aspect of Japanese school uniforms is the use of different colors and designs to distinguish different grades and schools.

For example, high school students usually wear a different uniform style than junior high students, and elementary school students have their own style. Also, in some schools or regions, other colors are used to distinguish between students in different grades.

Schools usually have strict guidelines for how the uniform should be worn and maintained. For example, the skirt length, the tie position, and the hair should be kept neatly and with a specific style. These regulations are usually enforced by the staff, with students expected to adhere to them to maintain a sense of discipline and order within their place of learning.

The regulations also extend to the purchase and maintenance of the uniform. Many schools require that students purchase their outfits from designated retailers and will only accept uniforms that meet certain specifications and standards.

In addition, students are often required to keep their uniforms clean and in good condition, with frequent inspections conducted to ensure compliance.

The rules and regulations surrounding the school uniform also extend to accessories and modifications. Many schools have strict rules on what accessories can be worn with the uniform, such as jewelry, hair scarves, and bags.

In addition, modifications to the uniform, such as adding logos or patches, are often prohibited. This is to maintain the uniform’s integrity and prevent any kind of distinction between students.

The educational board regulates school uniforms, but schools can modify the styles in various ways. However, the quintessential sailor suit-like design is always maintained in the variations. Also, the uniforms are purchased from designated retailers and are typically made to the school’s specific measurements.

Many schools have their own unique uniforms and designs. Some of these designs include elements such as the school crest, colors, or motto. These custom uniforms serve as a symbol of the school’s identity and promote pride and loyalty among the students.

There are also some after-school clubs – such as sports teams, music clubs, and art clubs – that have their own unique uniforms. The design and style of these uniforms vary depending on the club, and they are typically worn during club activities and competitions.

In addition to the above, some schools have different outfits for different occasions. For example, there might be a regular type of uniform for ordinary days and a fancier version for special days. This can include various blazers, sweaters, and other clothing worn at special events such as ceremonies or graduations.

This design was chosen to symbolize Japan’s modernization and westernization during the Meiji period. It was also intended to promote gender equality, as boys and girls would wear similar clothing.

However, in recent years there have been criticisms that the design is overly sexualized and reinforces traditional gender roles. The short skirt and sailor suit top, which is designed to mimic the appearance of a Western naval officer, has led to accusations that the uniform promotes the objectification of women.

Some argue that the uniform reinforces traditional gender stereotypes, with girls expected to adhere to a certain level of modesty, decorum, and femininity.

Some schools have started experimenting with more modern designs, such as incorporating sportswear-inspired elements, and even changing the color of the uniform, as a way to appeal to a younger generation of students.

The Uniform’s Role in Art, Fashion, and Design

One unique aspect of Japanese school uniforms is the role they play in the art and fashion world. Artists and fashion designers from various nations have been inspired by the traditional design of the school uniform, using it as a muse for their work. They have created collections, artworks, and installations that showcase its beauty and elegance.

Fashion designers have been particularly inspired by the sailor suit-style uniform for girls, creating collections that interpret the traditional design in new and innovative ways.

They have played with the use of different fabrics and colors and have incorporated new styles and designs. Some have used school uniforms to challenge traditional gender roles, creating unisex collections or collections that challenge the typical image of the school girl.

Artists have also taken inspiration from school uniforms and have created artworks that showcase their beauty and elegance. Some have used school uniforms to comment on social and political issues. In contrast, others have used them to explore the relationship between the individual and society.

In addition, some photographers have used school uniforms to explore the theme of youth and innocence.

The school uniform also has an impact on the environment, as it is an item that students use daily. Many schools and uniform manufacturers have started to consider the environmental impact of the production and disposal of uniforms.

For example, some schools have started encouraging students to purchase second-hand uniforms and to donate or recycle their outfits after they have finished their education. In addition, some manufacturers have started using sustainable materials, such as organic cotton, to produce uniforms.

In recent years, there has been some controversy surrounding Japanese school uniforms. Some argue that the outfits are too restrictive and impose strict gender roles, while others say they are too expensive and can financially burden families.

There have also been concerns raised about the sexualization of school uniforms, particularly in anime and manga, which have led to criticism that the uniforms promote unhealthy attitudes toward women.

Despite these controversies, the school uniform remains a cherished and iconic part of Japanese culture. It represents the values of discipline, hard work, and team spirit deeply ingrained in Japanese society.

The sailor suit-style uniform remains a popular and iconic part of Japanese culture, with a deep-rooted history and symbolism. They are not just mandatory clothing for education but also an inspiration and representation of cultural and artistic expressions.

Even so, the different variations and creative designs make them evolve with trends and times. The uniforms are also used to voice issues affecting Japanese culture.

If more inclusive designs and sustainable materials are used for these outfits going forward, they will likely continue to hold special significance in Japanese society for decades to come. 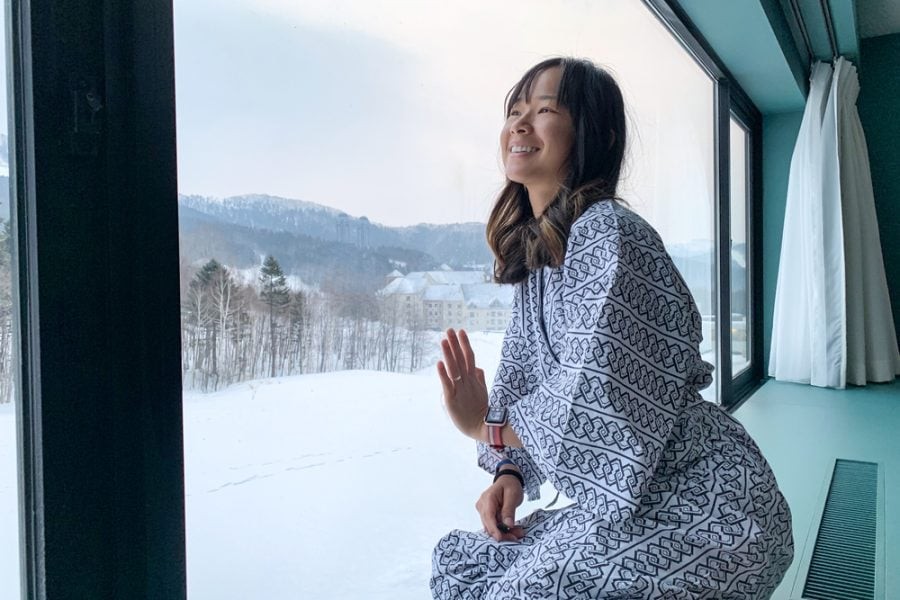 Jinbei – The Traditional Japanese Clothing for Relaxation and Lounging 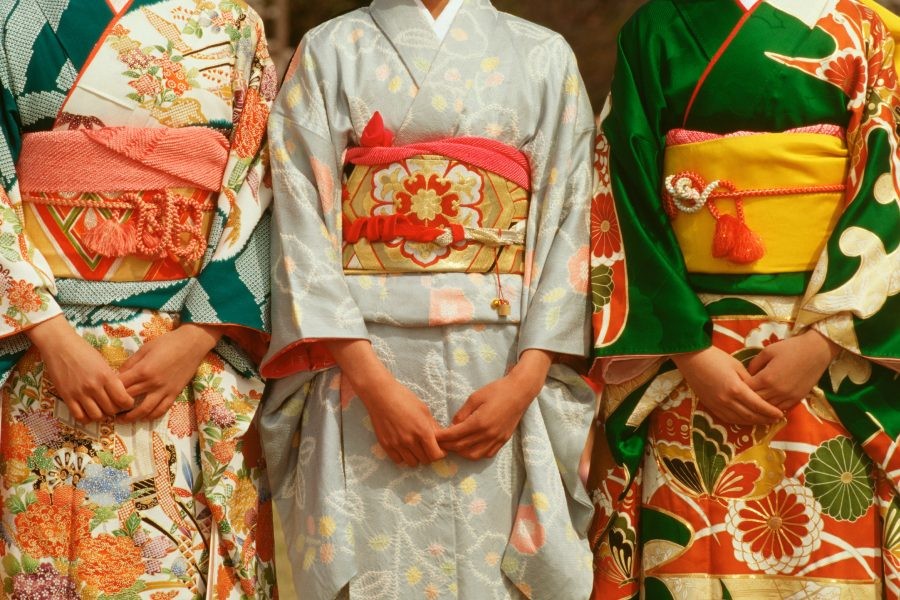 The Traditional Japanese Yukata: How to Wear, When to Wear, and What to Wear with It