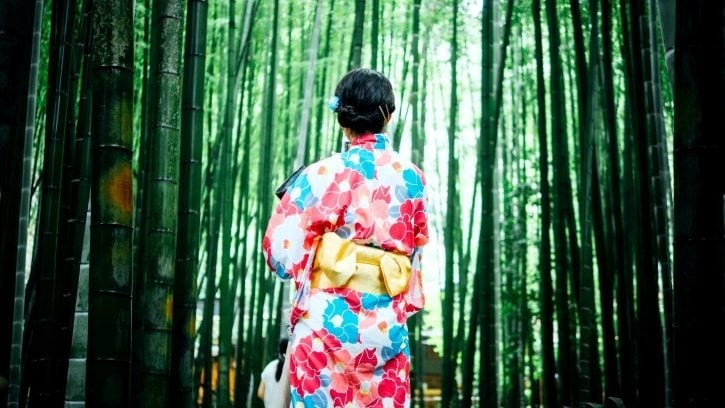 In any language, there are ways to show respect for others. In the Japanese language, this is done by using honorifics. If you have ever watched Japanese animation movies in their original voices, surely you noticed that characters often get Japanese suffixes like ¨san¨ or ¨chan¨ attached to their name. If you were wondering, those are Japanese honorifics, each with a specific use.

In this article, we will explore the different Japanese honorifics and why the Japanese use them. We will also discuss their importance in Japanese culture and see when it is appropriate (and inappropriate) to use these suffixes in various situations, not only in polite speech but also in everyday speech. Let’s get started!

San is usually translated as Mr or Mrs. It is the most common Japanese honorific and can be used to address both male and female adults.

Like mister and misses, san is used when you do not know the person very well or when you want to show respect for someone who is not a close friend. For example, if you meet a new colleague at work, you would refer to them as ¨Tanaka-san¨.

Sama is a more formal and polite version of san. It is used to show great respect for someone who is of high rank and has authority. It is also used when talking to customers or clients.

Some people, like members of a royal family, will have the suffix “sama” attached to their title, whether they are children or adults. For example, the Emperor of Japan is called “ô-sama” (ô is a title that means emperor in Japanese).

Kun is the suffix you would attach to the name of young boys. Anyone can use this honorific regardless of gender or age to refer a boy with endearment. For example, you could call the ten years old son of your neighbor “Yamada-kun.”

Although there is a company, young women can be called using the Japanese suffix “kun” by their superiors.

Chan is similar to kun and is used to show endearment towards young girls. It can also be used as a term of affection for someone you are in a romantic relationship with or even for a cute pet.

Like kun, chan can be used by anyone regardless of gender or age. It gives names a kind of cuteness people often associate with little girls.

Sensei is used to refer to someone who has a profession or occupation that requires high levels of skill. This Japanese honorific is usually translated as ¨teacher¨ or “professor” but can be used for lawyers, doctors, dentists, and even novelists.

It can also be used when talking about someone who has achieved a certain level of mastery in an activity like sports or martial arts.

For example, if you are taking a cooking class from a Michelin-starred chef, you would refer to them as ¨sensei¨.

Senpai is used to refer to someone who has seniority over you in a given environment. This can be in rank at work or simply because they are older than you. In Japan, the “senpai” has an image of a mentor who would guide his/her “kohai,” meaning his/her juniors.

How to Use Honorifics in Japan

Although it might sound unusual to a foreigner, using honorifics in Japan is very natural. Japanese people use them all the time, both in their professional and personal lives. In fact, in Japanese, it is common to repeat someone’s name again and again when addressing him/her, whereas, in English, we just use the pronoun “you” instead. Take a look at the short conversation below:

– Kotaro-kun, matsuri ni iku? (Kotaro, are you going to the festival?)

Kotaro uses Mr. Honda’s name in this conversation when he answers back. We could indeed translate this answer as “Yes, I’m going. How about you, Mr. Honda?” but it is more natural to use “you” in English. Moreover, the Japanese honorifics give us the information we don’t get from the English translation. For instance, we know Kotaro is probably a young boy because of the suffix “kun.”

Using an honorific can show endearment or respect, depending on the kind of person concerned. It could also be a title defining someone like “sensei” (professor). Knowing how to use them will allow you to fit better in Japan. However, using them the wrong way might lead to some awkward moments.

How to Use Japanese Honorifics

Most of the time, honorifics are suffixes after people’s last names. Nevertheless, it can also come after first names (especially in the case of children) and other terms such as father (otô-san), uncle (oji-san), prince (ôji-sama), etc…

You can use them to address the person directly or to refer to this person when talking with someone else:

There might be cases when “o” or “go” will also be added as an honorific prefix:

Finally, honorifics can also be used in written form. Many Japanese envelopes, for example, will have a pre-written “様” (sama) on them, and the name of the letter’s recipient should be added just before it. While some honorifics like ¨kun¨ or ¨chan¨ are written with hiragana (Japanese phonetic lettering system), others like ¨sensei¨ or ¨sama¨ are usually written with kanjis (Chinese characters).

When to Use or Not to Use Honorifics

As we have seen, Japanese honorifics can be used in many situations. But as with anything else, there are also some cases when you should not use them. The most important things that will help you determine which honorific to choose are:

In a work context, Japanese people are usually more formal and use honorifics more often than in other situations. The hierarchy inside your company will decide how you call people or talk about them.

When working inside a big company, you might also use the job title specific to your superiors, depending on their position. Here are some of the most used Japanese honorific titles:

Superiors might call you by your last name without honorific titles because they have authority over you, but you should never forgo the honorific when responding to them. For example, if your department’s chief, Mr. Yamamoto, greets you by saying: “Ohayo John,” you would answer, “Ohayo gozaimasu, Yamamoto-buchô.

Finally, when dealing with customers, it is essential to use the honorific “sama.” You can directly call them “okyaku-sama” (customer in Japanese) or use their last name followed by the honorific suffix “sama” if you know it.

When talking to or about your own family

When in the presence of family or close friends, you can use casual language and call them by their first name without any polite honorific, just like people do in the West.

For example, if you have a cute little cousin or sister, it is common to attach “kun” or “chan” to their name to show you appreciate them. So saying “Sakura-chan” is a bit like if you were saying, “Cute little Sakura.”

Some Japanese call their older brother and older sister “o-nî-chan” or “o-nê-chan” despite being younger. In this situation, the point is to show your affection, so the age difference is no longer critical.

When talking about your family to other people, you can choose between using honorifics or not. Japanese have different words to say the same thing with variations in the level of politeness.

You will find below a chart with all possible ways of calling family members:

When talking to or about other people’s family

Keep in mind that humbleness is only used to refer to your own family. It would be considered rude to use humble terms to talk about other people’s families. Therefore, you can say to someone, “Haha wa 40 sai desu” (My mother is 40), but you shouldn’t say, “Haha wa nan sai desu ka?” (How old is your mother?).

Honorifics are an essential part of the Japanese language and culture. There are many different honorifics, and each one has a specific purpose. Knowing when and how to use them is essential for mastering this aspect of the language. To speak Japanese properly, you must master its polite forms, especially if you want to work and live in Japan.

It might appear a bit difficult at first, but the basic rules are pretty logical. Just try to remember those 3 points:

We hope this article has helped give you a better understanding of Japanese honorifics. Leave us a comment below if you have any questions or want to share your experiences using honorifics in Japanese! 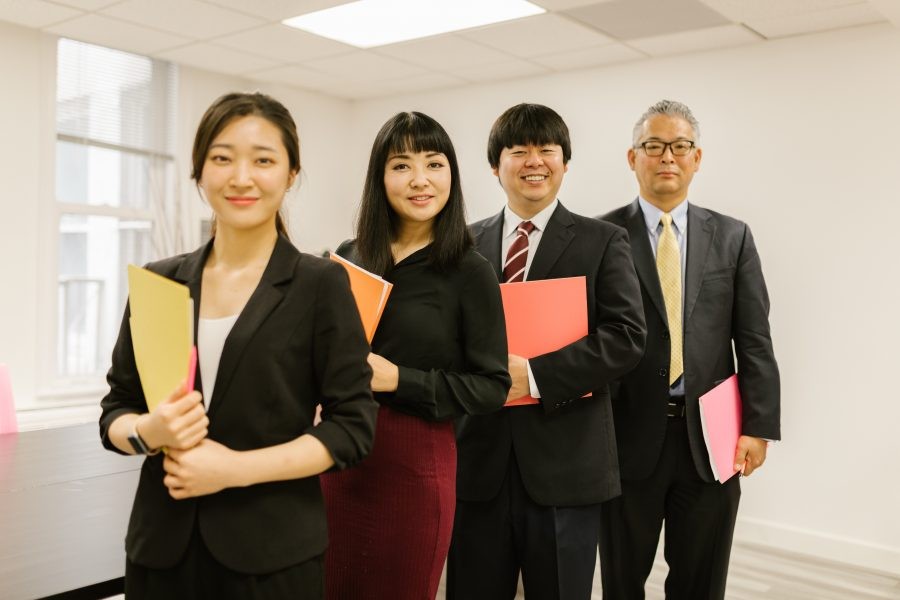 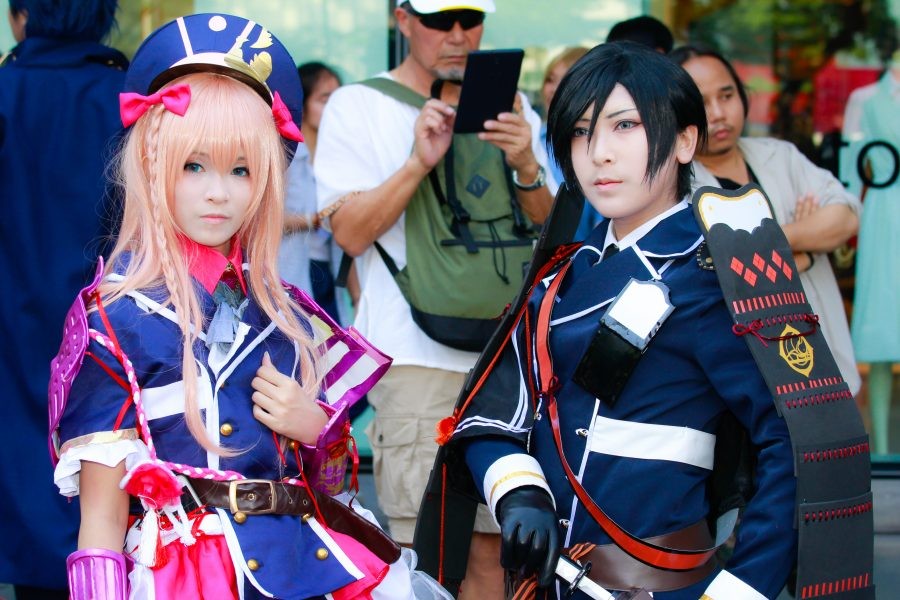 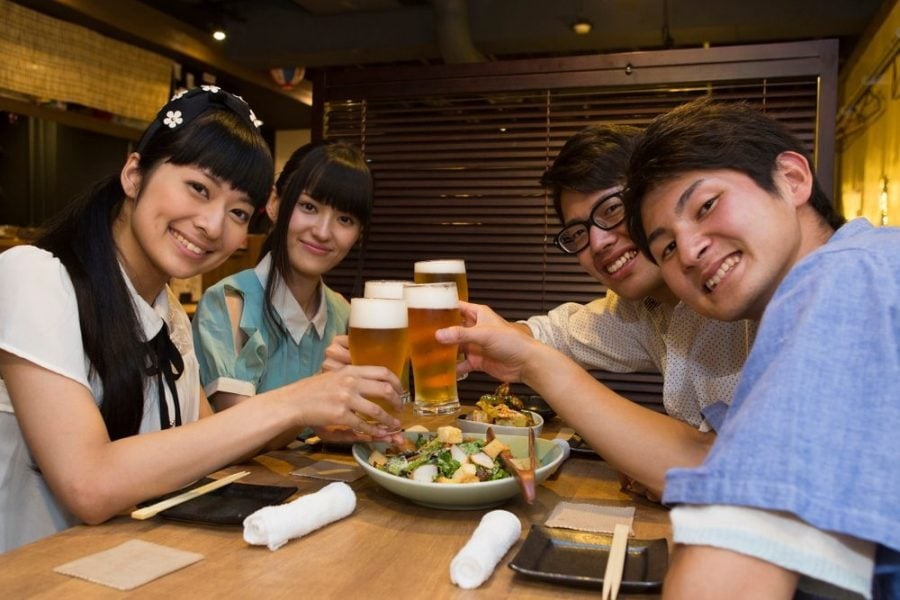 Japanese Slang: 44 Words and Expressions to Talk like a Local