When two or more individuals meet for a cup of joe, this exchange carries various cultural significances or underlying meanings worldwide. Overworked college students might choose to meet at a coffee shop to pump their tired minds with caffeine to finish their midterm presentation in one sitting.

In the same shop, potential romantic partners or couples might profess their love to one another over cups of joe – and at another table, coffee might be the perfect complement to a book reader’s escapade from reality.

While the purpose of consuming a cup of joe will never be uniform for one corner of the world or the other, there’s one particular nation that treats its java pretty seriously. Over time, coffee culture in Japan has evolved to meet the changing needs of society and now plays a prominent role in urban life, making java shops a significant part of the country’s culture.

It doesn’t matter if you’ve already been intrigued by Japanese coffee’s famed culture or are a java lover looking to learn more about foreign cultures. In this article, we’ll be going over the history and culture of coffee in the Asian nation, the kinds of coffee shops you can expect to find in the country’s confines, and some of the finest brands one can get their hands on both here and abroad. Let’s dive in!

A Brief History of Coffee

Java was first introduced to Europe in the 17th century and quickly gained popularity as a luxury item, with the first coffee house in Europe opening in Italy in 1645. From there, the popularity of coffee spread to other parts of the continent, and in the 18th and 19th centuries, coffee became a major commodity. It was grown and exported by Latin America, the Caribbean, and African countries.

Today, coffee is a global industry and an essential part of many cultures worldwide, becoming the second most traded commodity in the world. Brazil, Vietnam, Colombia, and Indonesia are among the world’s largest coffee producers.

How Did Coffee Reach Japan?

Propelled by its rise to popularity amongst Europeans in the 17th century, coffee was first introduced to Japan by Portuguese and Dutch traders in the late 1700s and quickly gained popularity as a luxury item amongst the Nippon folk. The first java shop in Japan opened in 1888 in the Ginza district of Tokyo, and in the early 1900s, coffee shops called “kissaten” – more on these later – began to emerge. These shops served as a place for people to socialize and relax.

During World War II, the import of coffee beans was banned due to java’s perceived association with Western culture. The kissaten began to serve substitutes such as roasted grain and barley. After the war, however, the kissaten shops regained popularity and became a place for intellectuals and artists to gather. In the 1960s, chains such as Doutor and Pronto emerged, offering a more fast-paced, Western-style coffee shop.

In the 1980s and 1990s, specialty shops began to gain popularity, with a focus on high-quality beans and brewing techniques. Today, Japan has a thriving coffee culture with a mix of traditional kissaten, chain coffee shops, and specialty shops. The country is also home to several award-winning baristas and hosts annual java festivals and competitions.

Japan’s coffee culture is known for its unique customs: placing the cup handle to the left and the spoon handle to the right of the drinker. This routine can be attributed to a counterculture movement against Western culture, which first made the rounds amongst Japanese folk during World War II when the beverage itself was banned.

Foreign java franchises like Starbucks, which opened its first location outside the US in Japan, are top-rated among some people while being held in contempt by conservative segments of the country. In the post-war period, the consumption of Western products and goods, including high-grade coffee equipment and coffee grounds, became a sign of Japan’s new middle class and the country’s efforts to modernize and Westernize its culture.

Japanese coffee culture differs significantly from traditional Japanese tea culture. While coffee is generally viewed as a solitary, Western drink, it also has a social element in Japan. However, this is distinct from the social aspect of tea culture, which is a social and unifying event. This notion is exemplified by the traditional tea ceremony, a gesture of hospitality towards friends and guests.

Conversely, coffee shops have continually had a social upheaval function in Japan, serving as meeting places for social movements that aimed to transform and disrupt society during the 1970s and 1980s, such as Japanese feminist groups and anti-government movements.

Nowadays, instant coffee is perceived as a beverage drunk by the commoners of Japan, while ground and fresh coffee beans are seen as luxury goods. Ground coffee is preferred by successful middle-aged adults, while instant coffee is more popular among the youth of Japan. These differences further reflect the cultural and generational divides that are currently taking place in Japan. This country is already struggling with an increasingly aging population exacerbated by high life expectancy and sub-replacement fertility rates.

To compete with the more giant national and foreign behemoths dominating the industry, smaller java chains in Japan often try to stand out. That is why they offer unique features, such as Renoir’s free Wi-Fi access and several kinds of plug-ins. However, smoking policies can also be a differentiator, as some customers prefer to be able to smoke while others cannot stand sitting in a smoky room. Small, local shops can more easily accommodate smoking, while larger chains like Starbucks must adhere to company-wide rules prohibiting smoking.

Moreover, both small and large chains in Japan have been influenced by Western businesses, with some enlisting help from American celebrities such as Bradd Pitt and Tommy Lee Jones for advertising purposes. Large foreign chains like Starbucks, McDonald’s, and Tully’s have also established a presence in Japan, with Starbucks having over 1,000 locations and McDonald’s offering McCafe stands. Convenience stores where you can buy Japanese canned coffee but a cup of hot coffee have also become a significant player in the market, with Seven-Eleven selling over 1 billion takeout coffees annually.

Are you a little lost on the kinds of shops you can expect to find in Japan? To make things easier, here are the aforementioned Japanese coffee shops grouped into five main segments:

Learning about Japanese coffee history and culture has possibly enamored you with the idea of discovering why the country’s so famed for its java production and taste standards. But, purchasing airplane tickets is far from necessary.

Thus, let’s dive into a list of four Japanese brands you can order and try from the comfort of your own home!

Georgia Coffee is a coffee brand developed initially in Georgia, a country in the Caucasus region of Eurasia. The brand is known for its high-quality, aromatic beans, which are roasted and ground to create a smooth, rich-tasting coffee. Established in 1975 by its parent company, Coca-Cola, the brand has quickly risen to the top of the industry in Japan.

Georgia Coffee is often sold for people who are looking for on-the-go joe. Georgia Coffee can have lower caffeine levels than other competitors and are available in various flavors. These include regular, decaf, hazelnut, and vanilla, and balanced sweetness means that they are an excellent option for those who have only just begun drinking coffee – despite the price being on the higher side.

Maruyama Coffee is a specialty coffee company based in Japan that has developed a reputation for its high-quality, carefully sourced coffee beans and innovative roasting techniques. The brand is also deeply committed to sustainable practices and active involvement in programs promoting environmentally friendly coffee production and reducing carbon footprint. This brand is the bread-and-butter for java purists in Japan and those looking to purchase from an entirely local, sustainable business.

Maruyama Coffee has several cafes and coffee shops in the country and an online store where customers can purchase their coffee beans and brewing equipment. They offer a wide range of products, including single-origin beans, blends, and specialty roasts. The brand is highly regarded in the specialty niche for its dedication to producing delicious, thoughtfully crafted joe.

UCC Mountain Blend is a joe brand produced by UCC Ueshima Coffee Co., Ltd., a Japanese company founded in 1933; very popular for its iced coffee you can find at konbini stores. The company is known for its high-quality, carefully sourced coffee beans and commitment to sustainability. Their blends consist of a medium roast coffee known for its smooth, rich flavor and aromatic, full-bodied aroma, all packed in airtight glass containers.

UCC Mountain Blend is widely available in Japan and other countries and is popular among java lovers for its consistently good quality and flavor. Their blends are made of carefully selected beans from different regions worldwide (notably Ecuador and Brazil). They are designed to be enjoyed as a standalone java or a component of another blend.

This was the first Japanese coffee brand to launch its own canned coffee, and as it was a big success, other brands followed.

Suntory BOSS is a Japanese coffee brand produced by Suntory, a Japanese company known for its high-quality food and beverage products. Suntory BOSS is a coffee line made from carefully selected beans from multiple regions around the globe and is roasted to perfection to create a smooth, rich flavor.

The brand offers various coffee products, including whole coffee beans and ground coffee, as well as instant flash-brewed coffee and pods. Their canned coffee, in particular, is similar to Georgia Coffee’s canned cold brew in that its balanced taste also makes it an excellent option for beginners – which also happens to contain lower caffeine levels.

Suntory BOSS is widely available in Japan and other countries and is popular among coffee drinkers for its consistently good quality and flavor. In addition to its good taste, the brand is also known for its attractive packaging and branding, which sets it apart from other coffee brands on the market.

Japanese coffee culture is a diverse and multifaceted phenomenon shaped by the country’s history and changing societal needs.

It is a blend of traditional and modern elements, with traditional kissaten coexisting alongside independent coffee shops, foreign chains, and vending machines rather than being at corporate war with one another.

A cup of joe in Japan is enjoyed both socially and individually, and it is viewed as both a symbol of foreign culture and an integral part of Japanese society. 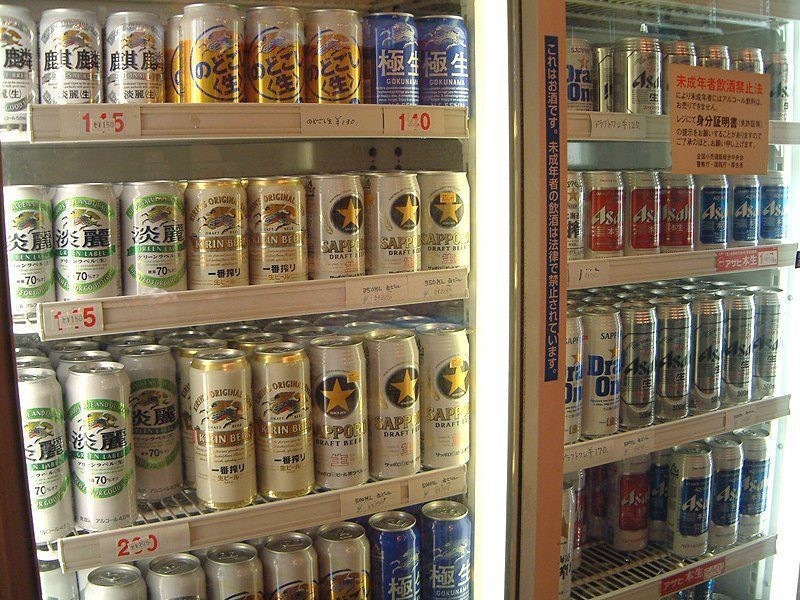 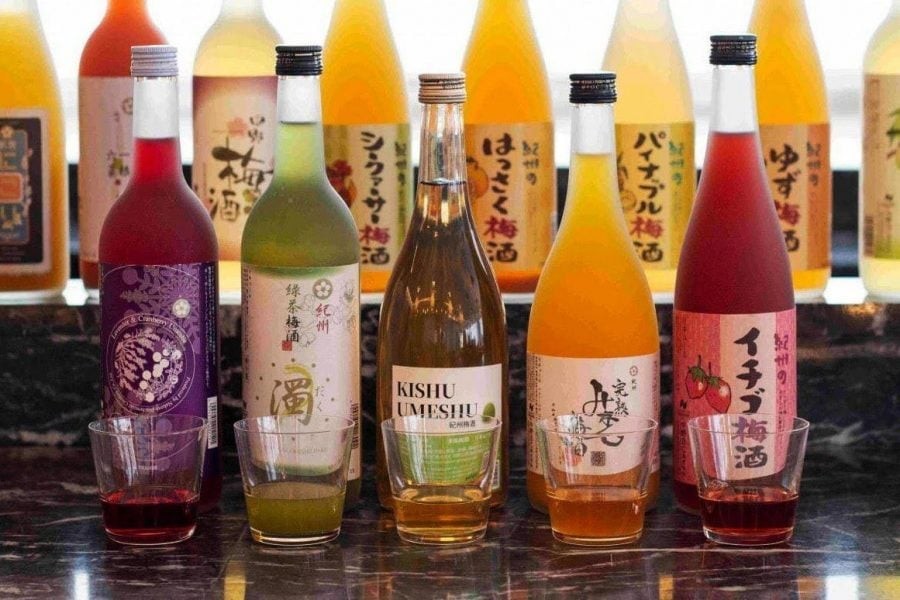