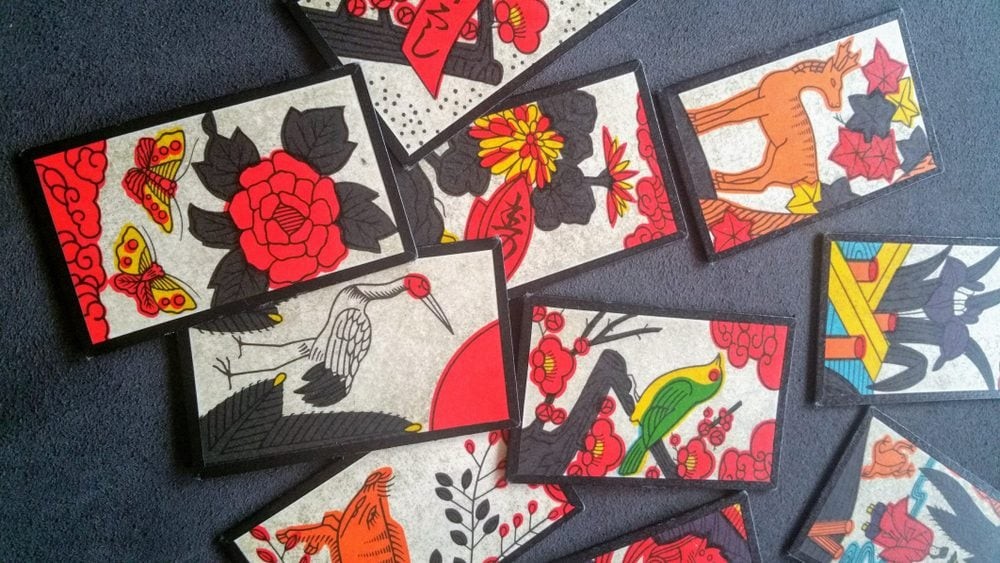 Hanafuda is a playing card game also popularly known as the flower card game. It’s a traditional Japanese pastime still prevalent in the country and has transformed into various games.

Learn more about hanafuda and its importance today. 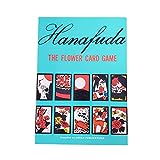 Hanafuda games’ origins can be traced back to the Heian period in Japan (794-1185); it’s believed it got inspired by Portuguese playing cards. The game was initially played with leaves and blossoms from different trees tied together with string.

This version of the game was known as “karuta.” Over time, the game evolved and began to be played with cards. These cards were decorated with pictures of flowers, hence the name “Hanafuda,” which means “flower cards.”

The game of Hanafuda is still prevalent in Japan today. It is often played in gambling dens and is a popular pastime for many Japanese people.

The game is also popular in South Korea and China. There are twelve suits of Hanafuda cards, one for each month of the year. Each case has four cards, for a total of 48 cards. “Joker” cards are what you call the last four cards.

The goal of the play is to collect points by putting together certain sets of cards. The value of each card is determined by the combination of cards it can make.

How to Play Hanafuda Cards Game

Traditionally played between two players, each player gets eight cards. The remaining cards are left in a stack in the middle or in the field.

As cards are drawn from the top, it’s up to each player to make combinations with the card in the field and the cards in their own hands. Combinations are worth varying amounts of points. The player with the most points at the end is the winner.

You can find more about hanafuda rules here.

Why Is Hanafuda So Popular in Japan?

There are a few reasons for Hanafuda’s popularity in Japan:

Several companies produce Hanafuda cards, each with unique designs and artwork. The most popular company is Nintendo, which makes various Hanafuda cards with different characters and themes. Other companies include Konami and Takara Tomy.

The Hanafuda industry is highly competitive, with several companies vying for market share. However, the industry is also highly regulated, with strict rules governing the manufacturing and sale of Hanafuda cards.

What’s the Future of Flower Cards Game in Japan?

There is no doubt that Hanafuda will continue to be popular in Japan for many years. The game has a rich history and remains deeply ingrained in Japanese culture.

While there may be some changes to how the game is played in the future, it’s unlikely that it will ever disappear completely.

As the world changes, so does the way people spend their leisure time. While Hanafuda may not be as popular as it once was, there is still a strong demand for the game.

Traditional card games and pastimes like Hanafuda have become more prevalent in recent years, which has helped preserve them alive.

The future of Hanafuda will likely be very similar to its present. The game will continue to be enjoyed by those who appreciate its simple beauty and nostalgic appeal.

Some Symbols in Hanafuda

Several common symbols and meanings are associated with the Japanese game of Hanafuda. The most basic symbols are the 12 different flowers used to represent the months of the year.

Each flower has meaning and significance, and the game is usually played with a deck featuring all 12 of these flowers.

The Pine and Crane Flowers

The pine tree symbolizes strength and endurance, while the crane symbolizes longevity and good fortune.

Together, these two flowers represent the hope and promise of January or a new year.

In the Hanafuda deck, they are also associated with the suits of winter and spring, respectively.

Tanzaku Hanging on a Plum Tree

The curtain and cherry blossoms represent March because they are both associated with the beginning of spring.

The curtain symbolizes new beginnings and fresh starts, while the cherry blossoms represent the beauty and fragility of life.

These two symbols come together to represent the hope and promise of the new season.

This flower is often seen in April, which is when a lot of new things are born. The wisteria blossom is a reminder that even though the winter months may be cold and bleak, spring is just around the corner. This flower is a sign of hope and renewal.

The iris is a perennial flower that blooms in early to mid-spring. The name “iris” is a Greek word for rainbow, and these flowers certainly live up to their name with their wide range of colors. Irises are often associated with May, as they are one of the first flowers to bloom in the spring.

The iris symbolizes hope and new beginnings, making it the perfect flower to represent the month of May. These flowers are also associated with faith, wisdom, and courage, all qualities we need to get through tough times.

Whether planting them in your garden or giving them as a gift, irises will bring beauty and hope to any situation.

Hanafuda is a traditional Japanese card game still popular in Japan and other parts of Asia. This game is performed with a board of 48 cards, each with a picture of a flower and a number.

Hanafuda cards continue to be produced and marketed. But don’t settle for the first deck of cards you see! With so many artists in Japan making these cards, you can find a deck that speaks to your style.