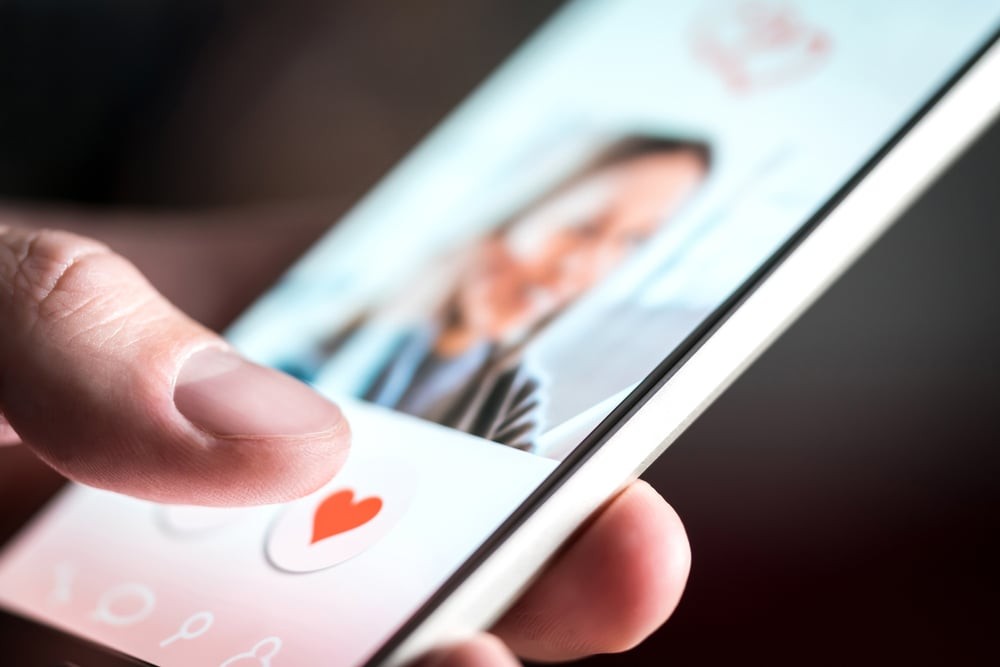 For foreigners, dating in Japan has always been difficult. There’s the language barrier, of course, but there are also particular Japanese cultural mores about dating and sex that you may not understand. Queer dating can be even more complicated.

Thankfully, dating apps are everywhere in Japan! These apps can move you past the awkwardness of meeting someone out in the world. And for non-native Japanese speakers, an app allows you to craft the perfect intro and ensure your kanji is correct.

Not all dating apps are created equal, though. Each one has its own niche that may or may not work for you. Without further ado, here’s the list of our ten favorite Japanese dating apps!

Tinder – Something For Everyone

Ubiquitous in America, Tinder’s also one of Japan’s most popular dating apps! The site has 7 million users in total, including 4 million paid users. That’s a big enough dating pool to have something for everybody, hopefully.

In Japan, though, the site is used a little differently. While it’s still a good app for hookups and casual dating, many Japanese also use Tinder to find friends and activity partners.

The app’s also popular with foreigners and Japanese, so if you’re not ready to test your language skills, you can still find dates with English speakers.

There are some downsides, though. While some people find long-term dating partners on Tinder, that’s not the app’s primary focus. And like in the US, the pool of people skews younger, with most users in their 20s and 30s.

Other users report a lot of fake profiles on the site. And, like many dating apps in Japan, you’ll have to verify your identity with a government ID.

Still, with much of the app free to both men and women and the largest pool of singles in Japan, it’s worth keeping this app on your phone!

Bumble has yet to take off in Japan like Tinder, but it’s slowly growing in popularity. If you already have a Bumble account, it might be worth it to use it here.

If you’re unfamiliar with the app, Bumble’s big difference is that only women can send an initial introduction message. This is designed to weed out some of the crasser messages women get online, hopefully making it a more pleasant experience. It also fits well with Japanese views of dating, where the woman is supposed to make the first move.

The limited pool of people means you’re likely to match with other foreigners and Japanese looking to practice English. Some may appreciate the lower-stress socialization, while others might find this a bit dull. And again, this app’s user base skews young, though not relatively as young as Tinder.

Most Bumble features are free for men and women, though you can pay for more matching options and sophisticated filtering. If you already have it on your phone, it’s definitely worth trying out Bumble in Japan.

OkCupid – Great For Meeting Other Expats

Also known as “The one with all the questions,” OkCupid’s gimmick is that it uses your answers to questions about ethics, lifestyle preferences, and personality to match you with the perfect people. That means starting a new account can seem a little daunting since it requires up to 45 minutes.

The website’s user base also skews queerer, less monogamous, and more off the beaten path than other dating apps on this list. If you’re a gay or bisexual woman, this app is probably the best choice out of the dating apps in Japan.

Many foreigners also use OkCupid, so it may not be the best place to escape the ex-pat scene. But this is the app for you if you’re looking to meet queer people or just want an unusual dating experience.

Most features on OkCupid are free for both men and women, though a paid membership allows you to see who likes you and gives you more search options.

Tapple – Great For More Than A Hookup

Tapple looks and feels a lot like Tinder; you find people by swiping left and right on a pool of images. But there’s a difference. You fill out a survey about your interests, and that influences the people you’re given to swipe on.

The result is the fun of Tinder, but with matches that you (hopefully) have some more in common with. That’s made it popular with 20-something professionals who aren’t ready for marriage but want something more than a hookup.

If you don’t mind chatting online, give Tapple a try! It’s free for women, but men must pay a monthly fee to send messages. This app has categories for native Japanese and foreigners, so you can choose who you want to meet.

Online dating used to be considered pretty sketchy in Japan. It took much longer to gain a foothold in the culture than in places like the US or UK. Omilai was one of the first dating sites to break through by appropriating matchmaking language.

Omilai calls itself a konkatsu or matchmaking service, so this is not the app for you if you’re not looking for a serious relationship. Don’t worry that this app will set you up with a stranger. Instead, it allows you to search and filter by a whopping 24 criteria, which include income and nationality.

This app claims it has around 5 million users, which is a pretty large dating pool. Most users are in their early to mid-30s and have professional jobs.

Omilai uses information from your Facebook profile, Apple ID, or phone number to seek out users for you to meet. Your identity will be verified against a government ID, though you can display your initials or a nickname instead of a full name.

This definitely isn’t a dating app for everyone. Given that the user base is primarily Japanese, you’ll also have to have pretty good language skills to communicate. But if you’re looking for a serious mate, this is the place to go.

Women can use Omilai for free, though men have to pay a monthly fee.

Unlike other dating apps in Japan, this app has a gimmick: your profile is given a monster avatar that levels up when you chat with others—interested in someone? Invite their monster avatar to match yours.

Corny jokes aside, this is an extremely popular dating app among gay men in Japan and all over Asia. You’ll definitely want to download it if you’re a man looking for other men. There aren’t many foreigners here, so you’ll be using your Japanese often.

There are several privacy features to help keep your identity safe. Unlike other apps on this list, 9Monsters accepts profile pics that don’t show your face. And while location-based hookups are a prominent feature of the app, you can easily turn off location tracking temporarily or permanently.

This app is free to use, though users can pay to upgrade for unlimited user recommendations and to see who’s favorited them. This app is great if you’re looking for a gay community but are concerned about privacy.

Zexy is a popular wedding services brand in Japan – they put out several wedding magazines like Zexy Wedding. It stands to reason that their foray into the world of dating apps focuses on relationships that lead to marriage.

This app uses your Facebook profile to fill in your information. Your identity is also verified against a government-issued document. This keeps the pool of people smaller than it might be on other dating sites, but everyone here is pretty serious about finding a relationship.

After you exchange a few messages with someone, you can “send a matchmaking offer” and request a meeting. If the other person agrees, you’ll both be put in touch with a matchmaking concierge who will schedule your meeting.

That might seem a little extra, but it might be worth it if you’re serious about marriage and kids in Japan. And as you might expect, there aren’t many foreigners here, so you’ll need to bring your Japanese language A-game.

Japanese women on Zexy Koimusubi pay only a one-time fee for an ID check, while men need to pay a monthly membership fee.

Advertising for the Pairs app seems ubiquitous in major cities in Japan. They claim 10 million members, twice the number on Omilai and even more than Tinder! Though more recent than several other apps on this list, it’s become massively popular, especially with 20-something Japanese men.

This online dating site uses your Facebook profile to find matches but allows you to hide your full name and go by initials. The setup is designed to encourage less swiping and more profile reading, and the algorithm tries to match you with people who share your interests.

Pairs has almost no foreigners, so your Japanese needs to be pretty good.

Still, if you’re done with hookups but not ready to join a marriage app, Pairs might be the way to go for you. Like most dating apps in Japan, the entire app is free for women, and men pay a monthly fee.

With – Popular With University Students

With has aggressively advertised itself on university campuses, leading to probably the youngest dating pool among the apps on this list. Most users aren’t looking for a wild college hookup, though. Instead, most are looking for a serious, but maybe not marriage-bound, relationship.

This online dating app only claims about 3.2 million users, so it’s a smaller pool than other places. The user base is also overwhelmingly Japanese, so you’ll definitely need to practice your language skills.

If you’re studying in Japan or still in your 20s, this app is a great way to meet other people as it has a much younger user base than other dating apps in Japan. Older users will probably find that this app just isn’t their scene.

Like many other sites on this list, women can use With for free, and men have to pay a monthly fee. One-week memberships are also available to try the app out.

Most dating apps in Japan focus on the under-35 set, so if you’re older, YouBride might be your best bet. The user base of this app skews older than Zexy Koimusubi or Omilai, with the youngest users in their late 30s and many users in their 40s, 50s, and even 60s.

If you’re looking to venture out into the dating world after a long absence, this site has many tools to make it easier. Unlike other dating apps, this one also attracts a fair number of divorcees, widows, and widowers. The site also offers a message board where new members can ask for advice from others who have been on the site for a while.

The site claims it keeps people unserious about marriage off the site. YouBride requires you to verify your age and identity with a government ID, though you can use initials instead of your full name. And unlike most sites on this list, both men and women have to pay a monthly membership fee to access messaging.

If you’re looking for the next love of your life or just want to date serious people in your age range, YouBride is a great choice!

Dating is difficult everywhere, especially in foreign countries. Using a Japanese dating app can be a great way to socialize, meet new friends, and even meet the love of your life!

Want to talk about these dating apps or tell us your Japanese dating story? Comment here to join the discussion! 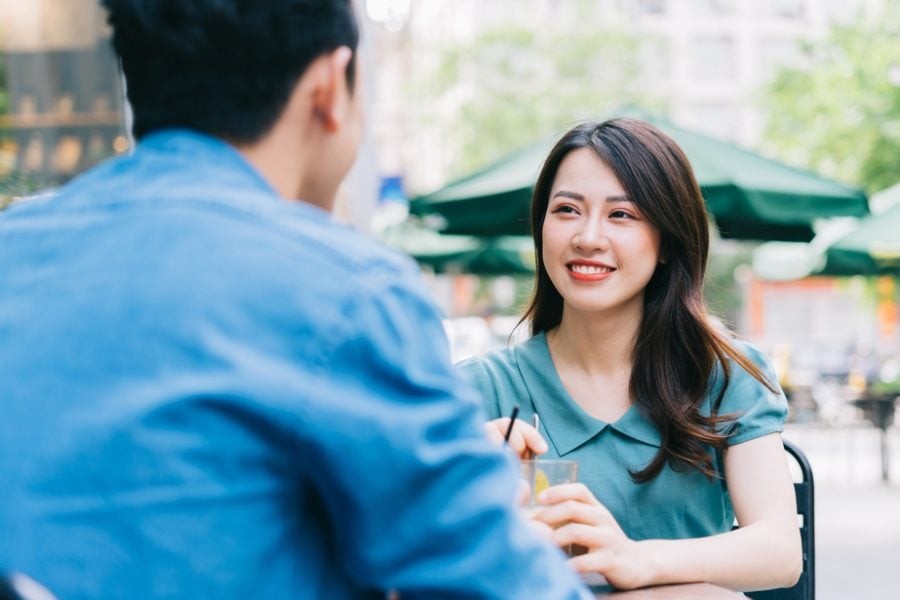 Dating in Japan: Understanding Cultural Norms and Etiquette to Date a Japanese

Cheating in Japan: Exploring the Cultural Dynamics of Marriage, Relationships, and Fidelity