Sapporo Premium, Asahi Super Dry, and Kirin Ichiban Shibori are three of the best Japanese beers. Read about the history of the Japanese beer industry and find out about the best beers in Japan.

Almost anywhere you go in the world, people love beer! And this is no different in Japan.

Japan has been crafting and producing beer approximately since the 17th century when it was first introduced to the island nation by European nationals.

Today, many well-known brands of Japanese beer are available, including Asahi and Sapporo, and countless microbreweries that continue to produce stunning and delicious Japanese craft beers daily.

And if you’re reading this, we know you’re interested in learning about Japanese beer brands.

So without further delay, let’s dive into some of the histories of Japanese beer manufacturers.

The History Of Japanese Beer

Although the traditional technique of fermenting rice into sake has been around much longer, beer is a Japanese fan favorite and represents a significant part of Japanese culture.

Researchers believe that beer was first introduced to the island of Japan during the Edo Period in the 17th century.

Initially, beer was scarce and only found in foreign Japanese settlements, most often imported by foreign traders and other laborers abroad. However, with the signing of the Treaty of Kanagawa in 1854, the country of Japan began opening itself up to foreign trade and economic growth.

And along with this economic growth, beer became widely available almost everywhere on the island.

Around this time, Dutch traders and trained European brewers started immigrating to Japan in more significant numbers, bringing with them dozens of beer recipes and brewing styles that would gradually contribute to the growth of the local beer industry in Japan.

Today, Japanese beer is no longer only found on the island.

With the history of beer in Japan out of the way, let’s dive into what you’ve all been waiting for: our list of the best Japanese beers!

As you can see, beer is not anything new to Japan. Aside from sake and fortified wines, beer is one of the oldest and most popular beverages on the island and almost everywhere in the world.

And whether you prefer a traditional premium beer, like Sapporo Premium beer or Asahi Super Dry, or you’re more interested in craft beers like Tokyo Black, there’s no shortage of tasty beers on the island of Japan.

Although this beer is trendy amongst Japanese citizens, you can get this refreshing alcoholic beverage almost everywhere. It’s an excellent tasting beer that perfectly complements any traditional Japanese dish.

See also  Japanese Coffee: A Guide to the History, Culture, and Best Brands

Like American lager-style Budweiser, Asahi Super Dry is a Japanese rice lager made from malted barley and rice. This brewing recipe results in a lighter flavor profile and a lighter color than some other Japanese beers on our list.

One sip from a can or bottle of Asahi Super Dry will immediately realize why it’s named “super dry.”

You’ll instantly be hit with a light and crisp yet bitter taste that leaves a sharp aftertaste in your mouth, perfect for compliment sushi, sashimi, or grilled unagi.

As one of the oldest breweries in Japan, Sapporo truly deserves its spot on our list of the best Japanese beer brands. The brewery was founded in 1876 by Seibei Nakagawa, giving the maker 146 years to fine-tune and perfect their beer brewing process.

But today, there are Sapporo breweries everywhere, including five in Japan and several others in Canada and the United States.

Unlike Asahi Super Dry, Sapporo Premium is a slightly darker beer with a sweeter taste. It has a robust and hoppy aroma, making this American-style lager the perfect complement for any occasion.

This next beer on our list is special because it is made from a unique brewing method that uses only a single ingredient. And that’s precisely why this Japanese beer brand uses the term “Ichiban,” meaning “number one” or “best” in Japanese, in its name.

Like both Asahi Super Dry and Sapporo Premium, Kirin Ichiban Shibori is an American-style lager beer made by the Kirin Brewery Company.

Kirin lager is made using nothing but malt. 100% malt beers are made from mashed barley malt and no additional adjuncts, flavor preservatives, sugars, or other types of fermentable.

Kirin Ichiban Shibori is a pale lager-style beer with a beautiful copper color, making it slightly darker than the other beers mentioned.

It is a well-balanced flavor profile with aromatic floral notes, lightly toasted and sweetened by the honeyed malt used in the brewing process.

Suntory is another great-tasting, traditional Japanese beer that you’ll love.

This brewery was launched as a family-owned business nearly 125 years ago, in 1899. Initially, the company meant to sell imported wines. However, they’ve since grown into producing and selling various alcoholic and non-alcoholic beverages.

Suntory Premium Malt is another delicious, American-style Pilsner beer made by one of Japan’s most prestigious brewing companies.

Similar to Kirin Ichiban, Suntory is 100% malt beer, made from nothing more than artfully selected barley malt and hops.

Launched in 1823, Hitachino Nest Beer is brewed by Kiuchi Brewery. Hitachino Next beers are top-rated, trendy, and sold worldwide in over 50 countries.

Hitachino Nest has many product variations, including its White Ale, Lager, and Sweet Stout.

Or, for something a bit different, you might also want to try Hitachino Nest’s White Ale. It is a wheat beer brewed using wheat malt, nutmeg, orange peel, and coriander, which results in a slightly more bitter-tasting beer.

Last but not least, Orion Draft is one more Japanese beer we couldn’t complete our list without.

Okinawa Brewer Co. was founded in 1957. However, in 1959, the company changed its name to Orion Beer Co, now known as the fifth-largest brewery in Japan.

Known as a “cult-favorite” Japanese beer, Orion Draft is a refreshing Pilsner-style beer that beer-drinkers can’t get enough of.

Orion Draft has a semi-dry flavor profile, complete with citrus and floral notes. It is best enjoyed on a hot summer day and served ice cold.

The crisp bitterness of Orion Draft is excellent for cleansing the palate after consuming the bold flavors often found in Japanese cuisine. Because of its clean flavor profile, Orion Draft is also great when paired with spicier dishes, such as Thai or Vietnamese.

So far, we’ve covered Japan’s most popular premium beer brands. These companies have brewed beer for decades, and in some cases, more than a century, and are currently sold both in and outside Japan.

However, there are also plenty of Japanese craft beer breweries and many other noteworthy beer brands in Japan.

While it may not be as well known as some other brews on our list, Tokyo Black deserves mention.

It is a porter-style beer brewed locally in Japan by the Yo-Ho Brewing Company. Tokyo Black has an elegant, rich taste, a creamy top, and a slightly smoky aftertaste.

Tokyo Black is often described as a robust porter, rich in chocolate and roasted coffee flavors. It is made with specialty malts and hops that give it unique floral notes and the slightest bit of spiciness that fans love.

The Japanese beer brands we discussed have in common: they use high-quality ingredients to craft lager-style beers, American-style beers, Belgian-style beers, pale ale beers, and more beer-lovers in Japan can’t get enough of.

Let’s review a few of the most frequently asked questions we hear from beer lovers in Japan.

What Japanese beer is the best?

While the best Japanese beer will largely depend on your taste buds and preferences, the best and most popular Japanese beer brands are Asahi, Sapporo, Kirin, and Suntory. These beers have unique tastes that make them the perfect compliment for virtually any traditional Japanese dish.

Both Sapporo premium and Asahi Super Dry beer are fan favorites in Japan. Sapporo is a slightly darker beer than Asahi. It is also somewhat sweet compared to Asahi, which is known as a dry beer. Sapporo and Asahi are excellent, high-quality brews with unique flavor notes and tastes you’re sure to love.

What is Japan’s largest beer brand?

Is beer popular in Japan?

Yes! Although many people think of sake as the traditional Japanese alcohol of choice, beer is trendy in Japan. In reality, beer consumption is higher than sake consumption in the country. According to a survey, only a minority of Japanese respondents drank sake at least once weekly. Meanwhile, 40% of males and 19% of women drank beer one day per week.

You’re guaranteed to find many premium Japanese beers and craft beers in Japan or anywhere else abroad.

While many of Japan’s premium beers are based on American or European-style brews, brands like Sapporo, Asahi, and Kirin continue to bring a Japanese touch to their brews.

And while some of these mega-breweries have been around for more than a century, Japanese entrepreneurs and beer-fanatics continue to open new microbreweries yearly.

In fact, according to Wikipedia, there are currently more than 200 microbreweries in Japan. And because of this, today, you’ll find premium and craft beer from Japan in restaurants, craft beer bars, hotels, and resorts almost anywhere you go!

Lastly, on a final parting note, no matter which type of Japanese beer you prefer, we ask that you please enjoy it responsibly! 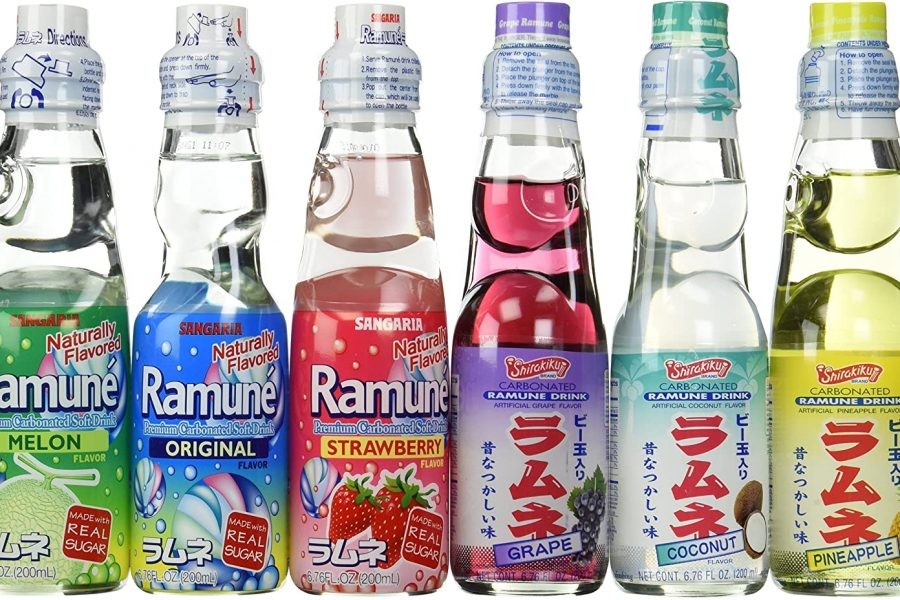